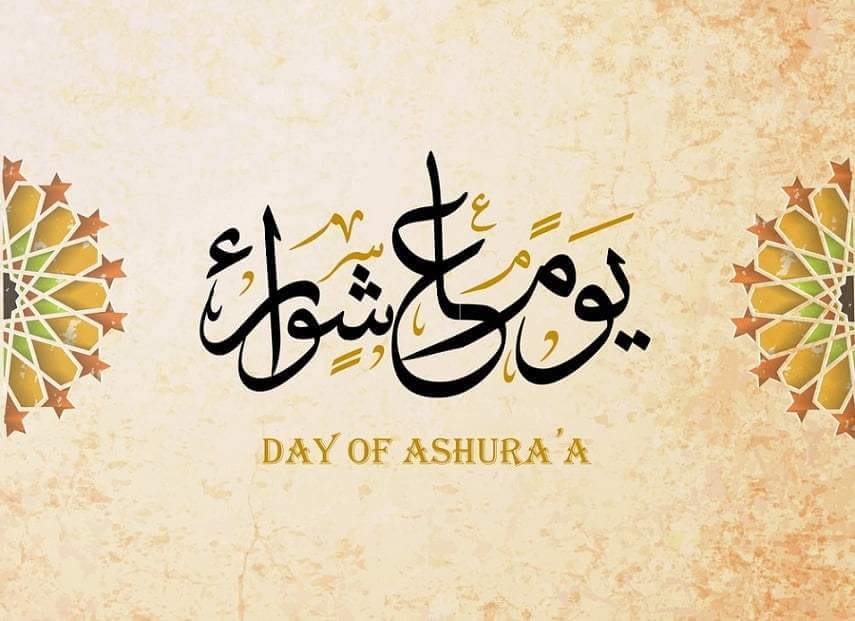 It was narrated from Humaid bin ‘Abdur-Rahman- that is Ibn ‘Awf, that Abu Hurairah said, “The Messenger of Allah (ﷺ) said,

‘Ashura, the 10th day of Muharram, one of the four holy months, is an important day for all Muslims. Among many landmark events in the lives of some of the prophets (AS), it marks the day that the Prophet Moses (AS), by the mercy of Allah, was saved from the Pharaoh of Egypt by splitting and crossing the Red Sea with his (AS) people.

The practice of fasting on ‘Ashura by Quraish and the Jews was known even before the emergence of Islam. It was also reported that the Prophet (ﷺ) and the Muslims used to fast on ‘Ashura’ in Makkah before the migration to Medina. When the fasting of the month of Ramadan was made obligatory, obligation of fasting ‘Ashura’ was abrogated.

Narrated by `Aisha (RA): The people used to fast on ‘Ashura before the fasting of Ramadan was made obligatory. And on that day the Ka`ba used to be covered with a cover. When Allah made the fasting of the month of Ramadan compulsory, the Messenger of Allah (ﷺ) said, “Whoever wishes to fast (on the day of ‘Ashura’) may do so; and whoever wishes to leave it can do so.” [Sahih Bukhari: 1592]

When Ibn Abbas (RA) was asked about the observing of fast on the ‘Ashura, whereupon he said: “I do not know the Messenger of Allah (ﷺ) singling out any day’s fast and considering it more excellent than another, except this day (the Day of ‘Ashura) and this month, meaning the month of Ramadan.” [Sahih Muslim: 1132 (a)]

So, fasting on the day of ’Ashura is a confirmed Sunnah of the Holy Prophet (ﷺ) and makes one entitled to a great reward from Allah.

One of the many blessings of Allah for those who observe fast on ‘Day of Ashura’ is that their sins of the past year will be forgiven as was narrated by Abu Qatada (R.A.) that the Prophet (ﷺ) said, “Fasting the day of ‘Ashura’, I hope, will expiate for the sins of the previous year.”  [Ibn Majah: 1738)

The Hadith clearly mentions the word of Prophet (ﷺ) as “I hope” which means that the person should observe the fast wholeheartedly for Allah only and seek reward from Allah only and, Inshallah, Allah almighty will reward that person with removal of his sins during the previous year.

By observing fast on the Day of ‘Ashura and doing good deeds, we will be reviving one of our Prophet’s (ﷺ) Sunnah and whoever revives Sunnah of the Prophet (ﷺ), they will be with our beloved Prophet (ﷺ) in paradise according to the following Hadith, narrated by Anas bin Malik (RA) that Messenger of Allah (ﷺ) said, “…Whoever revives my Sunnah then he has loved me. And whoever loved me, he shall be with me in Paradise.‘”  [Tirmidhi: 2678]